Lunch at the famous Katz's Deli. Even at an in-between meal time like 3pm on a Sunday this place was a madhouse. We finally managed to get our grub- a Pastrami Reuben for The Mr and half a Corned Beef with a bowl of Matzo Soup for me- and score a table. Of course the food was good, I don't think anyone is debating that. The real question is does it live up to the hype? For me, the answer was no. I would rather hit up Sarge's any day of the week then mess with the chaos, and in fact, I actually liked the food at Sarge's a bit better! I was also a little irritated by their lack of advertisement that it's cash only. 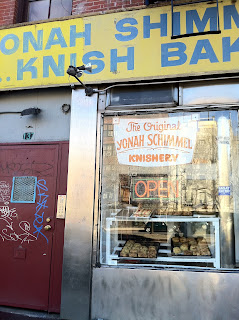 While at Katz's I saw Knish on the menu and remembered how The Mr still hasn't had a proper knish ever. I figured, why get one at Katz's with Yonah Schimmel's Knish Bakery mere blocks away? And off we went to pick up a couple to heat up at home later. We opted for the regular potato and a spinach. Mmmm...I'm a potato loving gal, so what's not to like here? 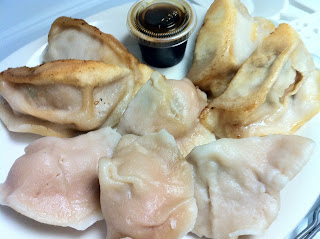 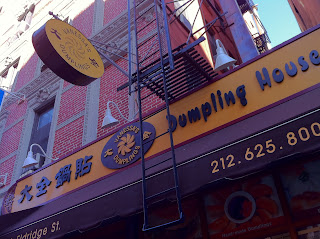 We've been meaning to take a trip to Vanessa's Dumpling House after trying some at a dinner party. We got a #1, #3, and a #6 to take home with us for dinner. 4 Fried Chive & Pork, 8 Boiled Chive & Pork, and 4 Fried Chicken & Basil. Sooooooooooo good. Sometimes you just need a dumpling and at 25 cents each, they can't be beat. Our only regret? Not getting one of their Sesame Pancake sandwiches, which also looked amazing. 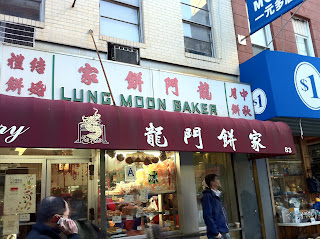 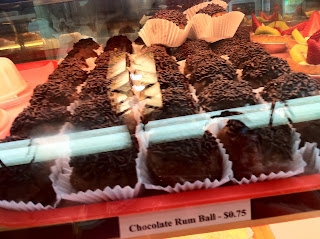 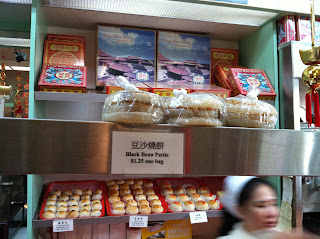 Now before you get to judging, realize that most of the food so far was to-go, so I actually was in the mood for a snack. We randomly ducked into a bakery and got a Chocolate Rum Ball to share and picked up some Black Pean Paste and Shrimp Chimps for the road and continued on with our Chinatown shopping. Our random selection of Lung Moon turned out well! 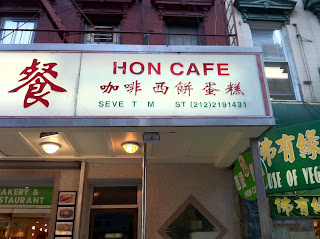 Another random stop as we shopped around Chinatown. This time because we were tempted by a bag of red bean steam buns in their window. We ran a few more errands before calling it a day and heading home with our spoils. We decided this is our favorite new way of grocery shopping!
Posted by Marie C. Masters